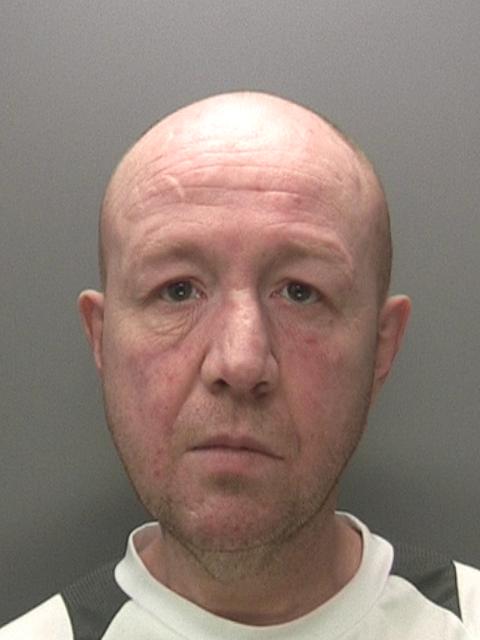 Monday 30 March 2015 A robber threatened a Birmingham hairdresser with a knife before spending the takings he snatched on a drinking session at a nearby pub. But West Midlands Police detectives identified the attacker as Darren Davies, from Harlech Close in Bartley Green, after speaking to other drinkers in the local pub. The 42-year-old walked into Scissors in Dettonford Road, Bartley Green, on the afternoon of 8 January wearing a balaclava and waving a large kitchen knife. Staff initially thought he was a prankster but soon realised Davies was serious when he demanded cash, including all the coins, from the salon till. Around two hours after the 4.40pm robbery police were called to the Balmoral pub where a man had been seen with a knife protruding from his pocket and counting a wad of cash. He scarpered but crucially officers spoke to others enjoying a pint and were able to identify their prime suspect and arrest him from his home. A search of the property uncovered items of clothing worn during the raid, including a pair of distinctive blue Adidas trainers. Officers also seized a pint glass for forensic examination but before the match could be made Davies was in custody and admitted the offence. Davies admitted robbery, plus possessing a knife in public, and at Birmingham Crown Court on 20 March he was jailed for 30 months. Investigating officer, DC Jon Green, said: Davies admits to being a heavy drinker and to being drunk when he went into the salon. However, there was a degree of planning − he was wearing a balaclava and took out the knife with the intention of committing a crime − and nothing can excuse subjecting the staff member to such a frightening ordeal. Were grateful to watchful members of the public at the Balmoral pub who reported seeing Davies with the knifeit allowed us to swiftly identify him as the offender, visit his home and arrest our man.” Story and photograph courtesy West Midlands Police