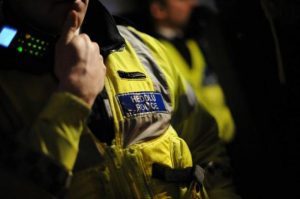 Six people have been banned from pubs in Newtown after being arrested for alcohol related crime and disorder, police said.

The bans, ranging from 12 months to life, were issued under the Behave or Be Banned scheme following a Pubwatch Committee meeting held last week.

Dyfed-Powys Police say people who are already on the Behave or Be Banned (BOBB) scheme and who breach it by entering any pub will have their ban increased by one month per pub they go in.
They added that anyone committing violent offences, and is already on the scheme, is likely to have the ban increased “significantly” up to and including for life.

Any behaviour where violence is threatened or used against police officers, door staff or licensees will result in an automatic 12-month minimum ban.

Newtown Police Sergeant Stephen Vaughan said: “BOBB is an effective tool to help prevent, reduce and tackle alcohol related offences within our communities. In addition, those who are found in possession of illegal controlled drugs on licensed premises can also be taken forward for discussion with a view to being banned.

“This ban prevents all those listed from entering any licensed premises in Newtown and the surrounding area.”