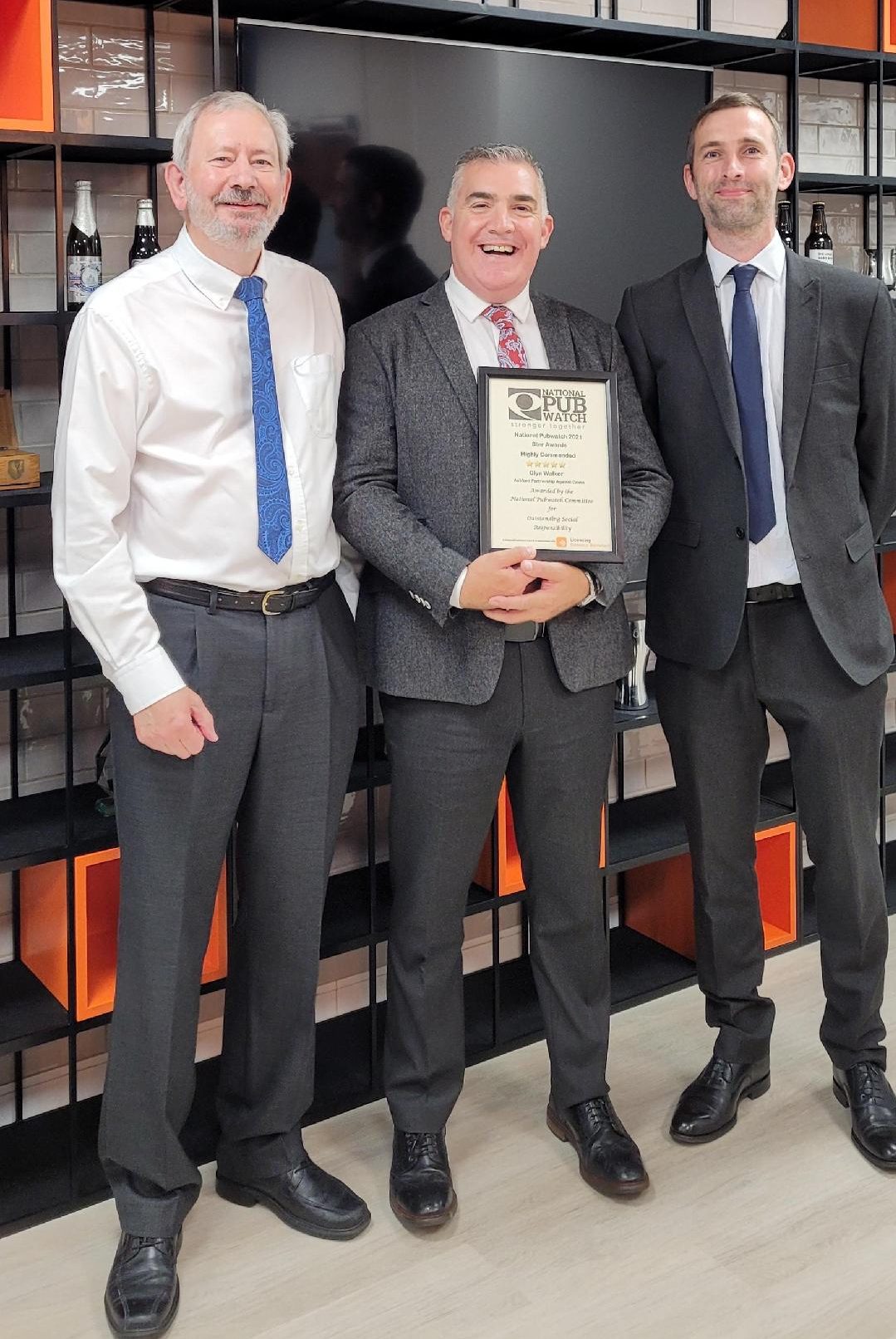 Glyn took up his post in August 2019, following 32 years’ service in Kent Police. It was stated that at the time of his appointment the local Pubwatch was in a perilous position, with low engagement between members and partners, and a lack of coordination.

In less than 18 months, as a part time employee Glyn is credited with having:

The APAC Chairman stated “We have grown more in the last year, than the 15 years that I have been involved in APAC. We have no doubt that without the input of Glyn as scheme manager, supported by the board of APAC, our Pubwatch would not be in the fantastic position that it now is”.

The award is sponsored by Licensing Defence Barristers