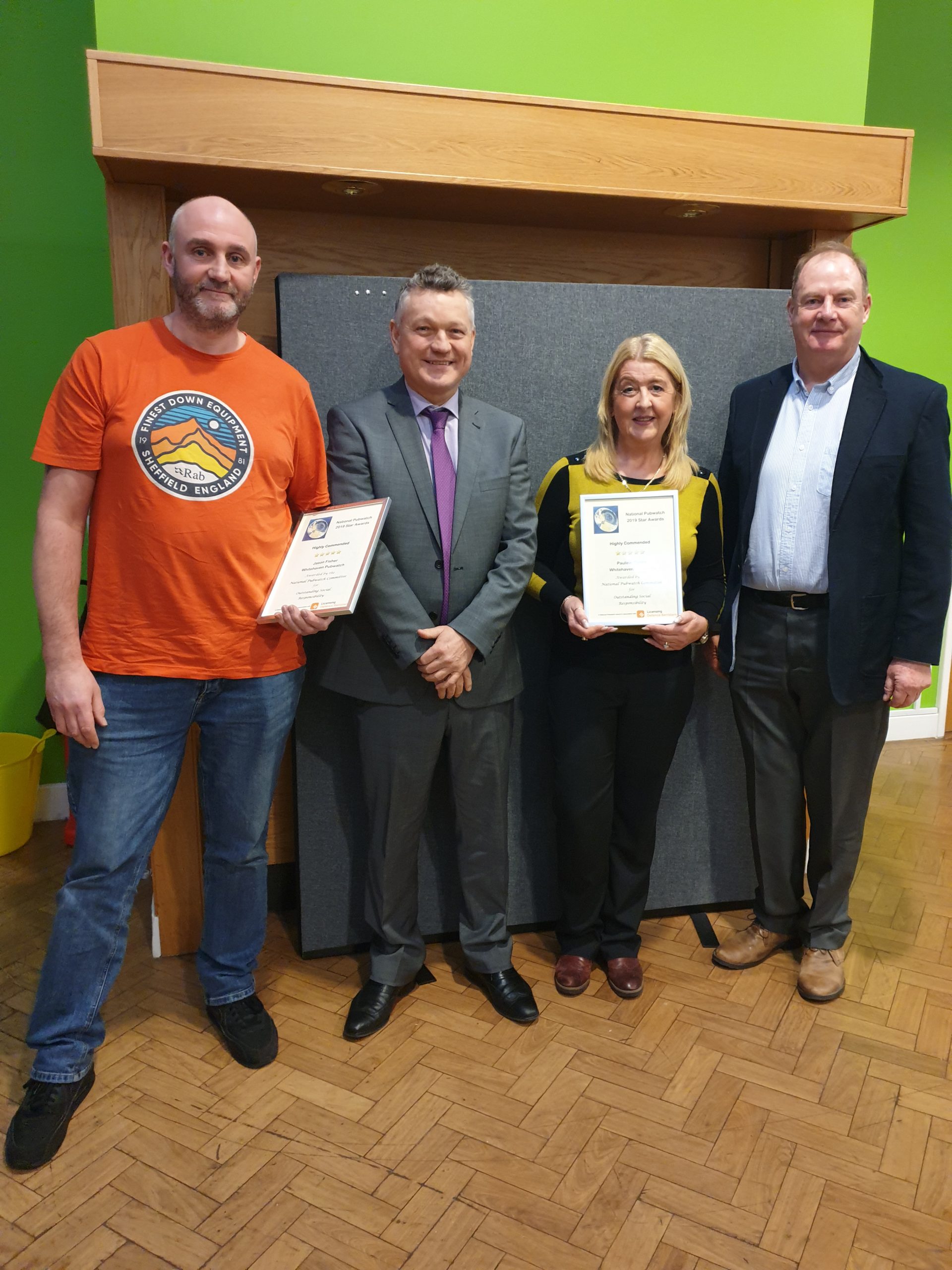 The meeting was attended by NPW Regional Representative Joe Murray who nominated Pauline and Jason for the awards.

Pauline Cullen was nominated to receive the Star award for her continued commitment and dedication to the Whitehaven Pubwatch Scheme over the last 15years. Pauline has been secretary to the Scheme for 9 years now. She spends many hours outside of meetings to promote and strengthen the scheme, she truly is a valued member and although she has recently given up her licensed premise she continues to provide administrative support to the scheme.

Jason Fisher has been nominated for this award for his commitment and dedication to the Whitehaven Pubwatch scheme that he has been a member of for 15 years. Jason has been Chair of Whitehaven Pubwatch Scheme for 8 years. He promotes the scheme in a positive way whenever he can and has been a driving force behind a radio advertisement with the local radio station and had a broadcast at peak times to promote the Whitehaven Pubwatch Scheme, now seen as best practice that other towns are looking to adopt. Jason, is very supportive of initiatives and promotes the Ask For Angela campaign that was launched towards the end of 2018.

Mike Starkie, Mayor of Copeland, said: “I was delighted to attend the Pubwatch Awards at which Jason and Pauline were, quite rightly, recognised for all their hard work. “Since I came into office I have worked closely with Pubwatch and have seen it develop into one of the best schemes in the country. It has also supported the local Best Bar None project, which is also in the running this week for national recognition.
“Pauline and Jason have been pivotal in making Whitehaven a safer place to enjoy a night out, and they have been a major contributor to the upturn in the area’s night-time economy.”

The NPW Star Awards are sponsored by Licensing Defence Barristers