A drinker who punched a Sunderland pub landlady is banned from all city centre pubs for at least 22 years, a court was told.

And after being sentenced for punching the landlady in the face, she said: “I can’t go into a pub until I’m 80”. 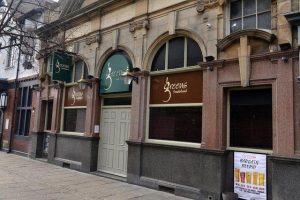 After causing bother inside and out, she returned to the bar and hit the landlady in an unprovoked assault.

It was the second time in four years she had attacked a staff member in a Sunderland pub.

She pleaded guilty to a charge of assault by beating at an earlier hearing – and has now been ordered to pay her victim compensation.

Magistrates, who also sentenced her to a 12-month community order, heard she had been handed the long pub ban separately under the Pubwatch scheme.

Her solicitor, Jason Smith, said: “She has a short history of similar attacks when she’s had a drink. She had been to a friend for drinks and had too much.

“She is on Pubwatch and has been excluded for life from pubs in Sunderland city centre. It’s to be reviewed but it is until August 8, 2043.”

Prosecutor Sarah Malkinson said a call to police had been made from Greens, informing them of Carroll’s attack.

She added: “The defendant had attended the bar and asked for a drink but was refused because she was already barred.

“She threw beer mats and straw holders onto the floor. She left and went outside but came back in and assaulted the landlady.

“She punched her in the face. There were no injuries but pain was caused.

“The offence is aggravated because it was carried out while she was drunk and it was against a member of bar staff doing her job.”

She must pay compensation of £100, and there was a £95 victim surcharge.

NPW Editor comment: This is obviously not the most serious case of assault. However, we have featured this story to highlight (in part) the almost casual use of violence against bar staff by a repeat offender. Please note the comment by the prosecutor that the assault was against a member of bar staff doing her job. Sentencing guidelines state that it is an aggravating feature if anyone is assaulted whilst ‘providing a service to the public’. That applies to bar and door staff.