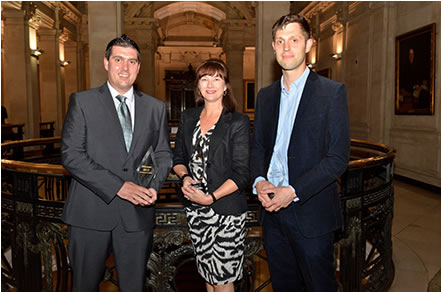 Speaking at the packed conference venue to Pubwatch members, police and other stakeholders, Steve Baker, Chairman of National Pubwatch announced that the application process will officially open on Monday 8 April 2014 and run until Friday 18 July 2014.The process will culminate in an award ceremony held on 30 October 2014 in the House of Commons Members Dining Room. The ceremony will be hosted by the Parliamentary Under Secretary of State for Communities and Local Government, Brandon Lewis MP, who is responsible for pubs as part of his portfolio.

Now in their third year, the Pubwatch awards are designed to recognise the work being undertaken by local Pubwatch schemes across the UK to improve safety and the pub experience for everyone. The winners are selected by a panel of National Pubwatch members and industry experts.

Mark Baird, Head of Industry Affairs and Alcohol Policy at award sponsors Diageo GB, said: This is the third year that Diageo is sponsoring the National Pubwatch awards, and we are delighted to be involved once again. We recognise that a minority of people in the UK drink irresponsibly and we actively work to influence these groups where we can. The best way to change irresponsible behaviour is through better enforcement, better education and targeted initiatives -and Pubwatch does just that.

Steve Baker, Chairman of National Pubwatch, said: The Diageo National Pubwatch Awards recognise the hard work of local Pubwatch schemes through the UK and their efforts to provide safe drinking environments for customers and staff. I am excited to kick off the 2014 search for schemes that have made an outstanding contribution to their community, and look forward to celebrating with the winners later this year.

Craig Southall Chairman of the Blackpool Pubwatch scheme who scooped the top prize in 2013 said: Since winning the Diageo National Pubwatch award we have received some great publicity for our work in Blackpool; helping to show the general public that our members strive to create a safe and welcoming environment. The award has helped to strengthen local partnerships, opened doors and given us more credibility with other stakeholders.