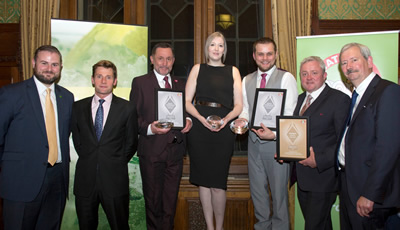 Now in their fifth year, the Pubwatch awards are designed to recognise the work being undertaken by local Pubwatch schemes across the UK to improve safety and the pub experience for everyone. The winners are selected by a panel of National Pubwatch members and industry experts. Applications will be accepted from 4th April 2016 and close on 15th July 2016. Details about rules and the on-line application process can be found on the National Pubwatch website.

Mark Baird, Head of Alcohol in Society at award sponsors Diageo GB said: This is the fifth year that Diageo is sponsoring the awards, and we are delighted to be involved once again in the search for the most effective Pubwatch schemes across the country. We actively work to influence the minority of people who drink irresponsibly and believe that targeted initiatives like Pubwatch play a vital role in tackling alcohol related anti-social behaviour and creating safe, enjoyable pubs.

Steve Baker, Chairman of National Pubwatch, said: The Diageo National Pubwatch Awards recognise the hard work of local Pubwatch schemes throughout the UK and their efforts to provide safe drinking environments for customers and staff. Previous awards have highlighted some exceptional good practice from local Pubwatch Schemes and how they are working hard to make town centres safer. I am excited to kick off the 2016 search for schemes that have made an outstanding contribution to their community, and look forward to celebrating with the winners later this year.

The Durham Watch stepped well beyond the expectations of a normal scheme; according to the judges, who were struck by its ability to work successfully in close partnership with Durham City authorities. That work includes schemes to help train licensees, bar staff, and door staff on best practice, and clampdown on violent and disorderly incidents at licensed establishments, which has contributed to a 15% drop in alcohol-related anti-social behaviour in the city over the past year.

The judges were particularly impressed by the Watchs involvement in the City Safety Group scheme to improve public safety around rivers, particularly for those under the influence of alcohol. Various new initiatives have been introduced in pubs and clubs in the city, and volunteer wardens now patrol the citys river banks to help those at risk. The measures are a response to a number of tragic deaths in the city centre since 2013, with three university students drowning since 2013.

Andy Hughes, chairman of Durham PubWatch, said: Pubwatch is a scheme that allows licenced premises, along with the local council and police, to make a real improvement to the safety and enjoyment of staff and customers of a town or city’s pubs and clubs, thus improving footfall and business for everyone, whilst lessening the demand for already stretched emergency services. It’s a real team effort from all of the licensees and it’s great for us to be recognised for the work we put into improving all aspects of the night time economy."