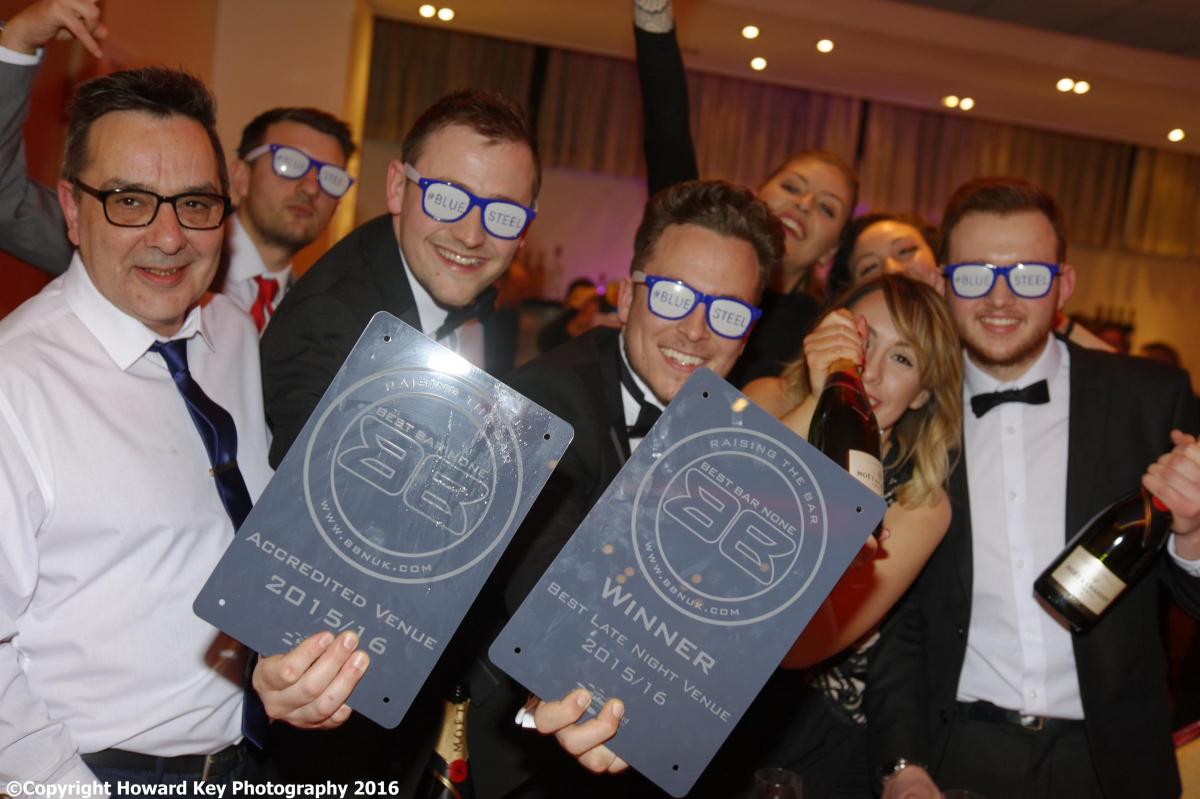 A town centre pub dominated at an awards ceremony celebrating the best of Watford’s nightlife this week.

The Horns in Hempstead Road took home six honours including the best community venue gong at the ninth Best Bar None awards held at The Langley Banqueting Suite on Tuesday.

Organised by PubWatch, the Safer Watford Partnership and supported by the Observer, customers had the chance to vote for their favourite venues in the town with ten different award categories.

The Moon Under Water was crowned Best Pub against tough competition while Walkabout/Jongleurs saw off rivals to be named Best Bar/Club for 2015.

The public vote also saw Load of Hay secure a Best Out of Town award and Oceana get a Best Late Night Venue accolade.

The winners were decided by a rigorous assessment procedure that assessed venues across a range of categories, including hygiene, and a public vote on the Observer’s website.

All venues taking part had to prove that they go above and beyond the standard legal requirements to help drinkers have a safe and enjoyable night out.

Among those attending the event to present awards were the town’s chief of police Dave Wheatley.

Jamie MacKenzie from Watford Borough Council said: “It is always a pleasure to help organise these awards.

“The awards are a great opportunity to recognise the hard work that all the staff put in throughout the year to making these venues safe.

“I’d also like to thank the support the public show by taking the time to vote.

“With such a high standard it really means a lot to the venues who win.”

The Best Bar None awards were launched to promote community safety and highlight and celebrate excellence in the pubs and clubs in Watford town centre.

In total, 14 licensed premises across the town received accreditation though the scheme.