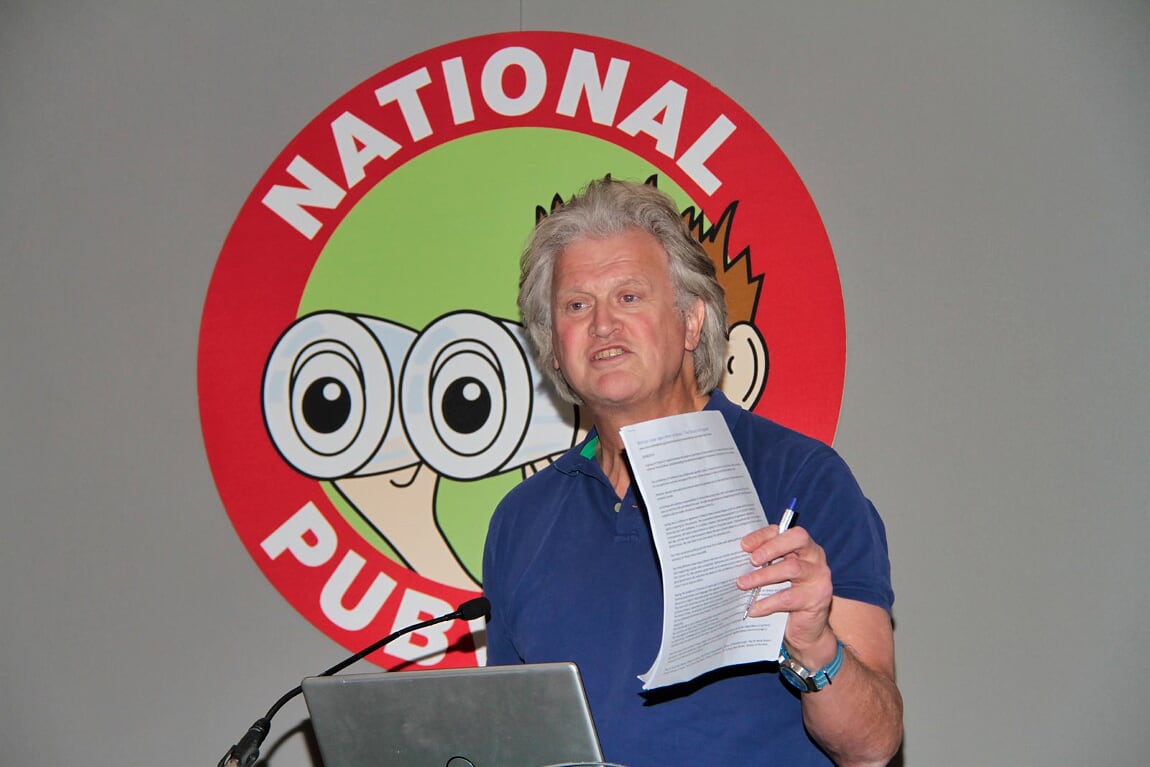 11/2/20: JD Wetherspoon boss Tim Martin has said that if he were Prime Minister he would call for everywhere to have a Pubwatch.

Speaking to 200 delegates at the National Pubwatch Conference in Cardiff this week he backed Pubwatches as crucial to support licensees and tackle disorder.

“If I was a Prime Minister I would say ‘Just get me Pubwatch everywhere’,” he said.

“One of the things that Pubwatch does is joined up thinking.”

He highlighted the fact that licensees can be vulnerable and alone, especially if there is an incident in their pub. He recalled a situation 40-years ago in his first pub which he described as a “terrible start in the licensed trade.”

“It was New Year and I said to someone in the pub that they had too much to drink. He picked up an A-Board and put it through the window,” Martin said.

“I played rugby for years, am 6 foot 6 and 17 Stone and was a tough nut so I thought. But I never felt so intimidated than standing in a pub behind the bar.”

He also raised concern about “back-door” protectionism, claiming it is easier for licensees to tackle if they work together in a Pubwatch.

“If there is group of licensees acting together it’s better. It is a confidence builder and you have contacts with the police and local authority. What is not to like?” he said.

He backed Matt Jukes, chief constable of South Wales Police, who called on licensees not to let lawyers and human rights legislation impact on tackling crime and disorder.

“The best lawyers will give you the confidence about being able to use the powers that you have got. Don’t any of us be terrified by concepts like human rights compliance,” Jukes told delegates.