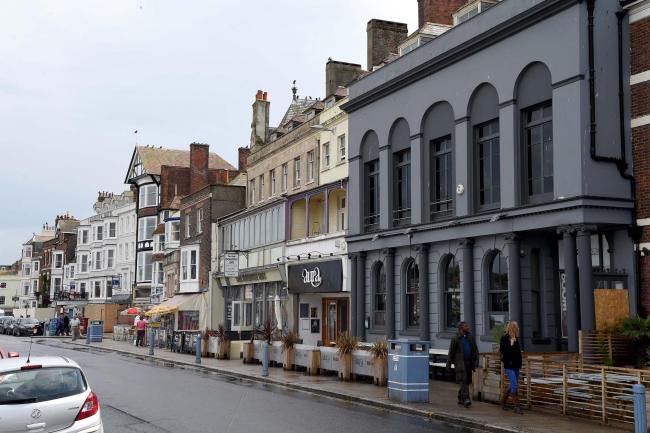 Are you too drunk? Revellers will be breathalysed to cut alcohol-fuelled crimes in Weymouth

NIGHTCLUBS in Weymouth are set to start breathalysing drunken revellers who enter their venues in a bid to crack down on alcohol-related crime. Police and licensees in the resort have joined forces for the project, which is aiming to tackle issues arising from drinkers ‘pre-loading’ on cheap shop-bought alcohol before heading into the town’s clubs late at night.

The ‘RU2Drunk’ scheme has been backed by the county’s Police and Crime Commissioner as well as Weymouth BID as Dorset Police seek to try and “change the culture” in the town. It will be introduced later this summer.

Weymouth Neighbourhood Inspector Pete Browning said that there was an issue in Weymouth with people coming into town late in the evening having “pre-loaded” on alcohol brought cheaply from shops and drunk home or with friends and then staying out later than normal.

He said there was a clear link between this type of approach to drinking and the behaviour officers were encountering in the town centre and steps were being taken to try and address this.

Insp Browning said: “We want to try and change that as the culture in our town.”

He said that police were looking to replicate a successful scheme from Torquay run by Devon and Cornwall Police that saw nightclubs given breathalysers so they can test anyone coming in who they feel might cause trouble.

The 30 licensed premises that will be involved initially are able to set their own limit and anyone found to be above that limit will be refused entry.
Insp Browning said: “They will not breathalyse every single person who comes into the club but they will be looking for those people whose behaviour suggests they have consumed too much alcohol already.”

He said that the evidence from Torquay suggested the scheme, which is set to be introduced to Weymouth in September, would result in less public disorder, less anti-social behaviour and would improve business for licensed premises.

Police and Crime Commissioner Martyn Underhill is providing funding for the scheme and said it had been shown to be a success by Devon and Cornwall Police and businesses too would feel the benefit as people spend more time in the clubs rather than drinking at home.

The initiative was developed by sociologists from the University of Exeter, who collaborated with police. The pilot in Torquay showed a 39 per cent reduction in violent crime in the town’s busiest night spots. Almost one in four of the perpetrators of violent crime in Dorset in the last twelve months were affected by alcohol, so the scheme aims to replicate similar positive reductions.

Mr Underhill said: “The scheme particularly seeks to address the behaviour of a certain minority of people who cause anti-social behaviour.
“I have no doubt that this pilot will be a further positive step forward for Weymouth, which is why I am providing funding to support its introduction.”

THE SCHEME has been supported by both the Weymouth BID and the town’s licensed premises. Steve Newstead, Chairman of Weymouth BID, added: “Weymouth BID is fully supportive of this scheme, which has been successful elsewhere”.

“The BID business plan includes investment in the night-time economy for all visitors and residents to have a good night out and this scheme supports that aim.”

Chair of Pub Watch in the town, Keith Treggiden added “Weymouth Pub Watch continue to work with Dorset Police in making every effort to keep Weymouth a safe place”.

“RU2Drunk is a valuable tool to help us kerb excessive pre-loading. It is about understanding that clubs and bars have to deal with the issues of people coming out late after drinking excessively at home”.

“We continue to look at ways to bring people out earlier, not only to reduce alcohol-related crime and anti-social behaviour, but also to give licensed premises the chance to get a better trade during the day time”.

“This will help to reduce the threat of closure for valued local businesses.”