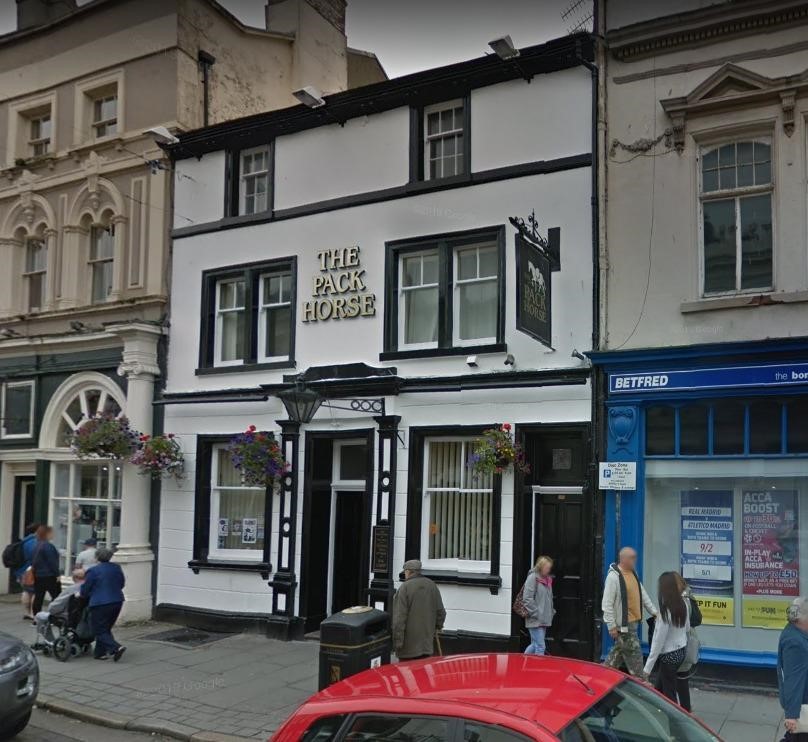 22/9/20: Story & photograph courtesy of News and Star with The Cumberland News www.newsandstar.co.uk

People are being warned they will be banned from Whitehaven pubs for spitting at staff after a surge in incidents following lockdown.

Whitehaven Pubwatch has had five reports of customers spitting at staff since bars reopened, with three this month alone.

Now the group is publicly warning drinkers that they will be banned from all pubs in the scheme for two years for committing such assaults.

Pubwatch chairman Jason Fisher said: “It’s just disgusting. It’s been more of a problem since coronavirus appeared on the scene.

“It’s usually very rare but people think they’re using this as a secret weapon. They think it’s a superpower.

“We don’t deserve to be spat at. The staff have to put up with a lot that’s going on at the moment anyway with the social distancing rules and to add this to this list, it can be very upsetting for the staff member.”

Mr Fisher believes that frustrations over social distancing restrictions may be behind the rise but he has a clear message to those who choose to take out their anger on staff.

“If people are getting frustrated by social distancing rules they shouldn’t go out,” he said.

“I’m sure people wouldn’t do it if they were sober. When people have had a drink, they don’t care.

“The vast majority of people are adhering to social distancing measures and we’re pleased with the response. There’s just a small minority of people who ruin it for everybody else and this is something that can’t be tolerated.”

Mr Fisher added that anyone spitting at staff would be reported to police.

Cumbria Constabulary confirmed the latest incident in which a woman spat at door staff at The Pack Horse on Friday.

Following a separate incident in another town pub, a 20-year-old local man has been charged with two counts of common assault and one of disorderly behaviour. He is due to appear in court next month.

Sergeant David Macdonald of Copeland Neighbourhood Policing Team said: “Multi-agency partner initiatives such as the Whitehaven Pubwatch scheme aim to ensure everyone can socialise safely. Cumbria Constabulary will continue to make the message very clear: anti-social and violent behaviour will not be tolerated.

“The current pandemic has made life difficult for a great number of people, licensees and patrons alike, but this will never be an excuse for anyone to conduct themselves inappropriately.

“We will work tirelessly with Whitehaven Pubwatch and partners to ensure that these individuals are excluded from our licensed premises for the safety of all. Having the support of and working alongside licensees and bar staff and of course patrons themselves, allows the local economy to flourish in addition to ensuring everyone enjoys their evenings out in a safe environment.”