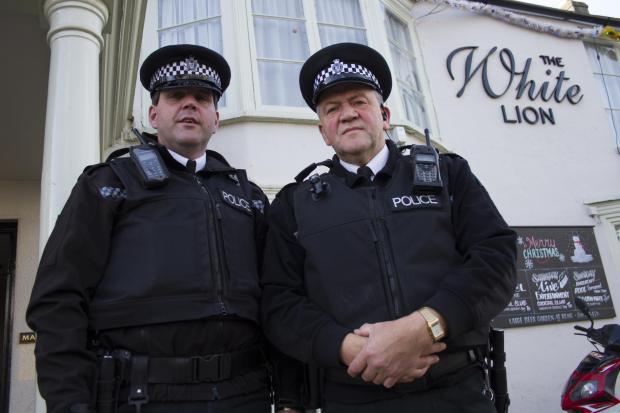 POLICE are warning festive drinkers in Thornbury that they could face a year-long ban from pubs if they misbehave this Christmas.

As many as seven people are expected to be on the Pub Watch list by Christmas, banning them from all pubs in the town for a 12-month period, after incidents in recent weeks.

An emergency meeting of the group’s committee is set to take place, after a fight broke out in the Swan pub on Thornbury High Street on Friday, December 9.

The pub had been made aware by another establishment that a group of people had been acting rowdily before leaving in its direction.

Police reports say that the fight had broken out within five minutes of the group’s arrival, but the group was expelled after the incident was broken up. Three men involved in the incident are expected to be added to the Pub Watch list.

Year-long bans were also placed on two men and a woman after separate incidents at the Black Horse and the Knot of Rope in the last weekend of November, on the evenings of Friday, November 25, and Saturday, November 26.

Further incidents under review include when police were called to reports of around a dozen people scuffling in the St Mary Centre at about 12.10am on Sunday, December 11, and again on Saturday, December 17 to another disturbance at the Black Horse.

In both instances, officers attended, but no further police action will be taken, with pub staff at the Black Horse accepting an apology and pledge to pay for a broken window.

Two people had already been banned in the group’s November meeting after a further incident at the Knot of Rope pub earlier in the month.

The Pub Watch scheme is run through a committee of the pubs in Thornbury and Alveston and is assisted by the police beat team.

“They won’t be tolerating any bad behaviour. Those who want to get rowdy and try their luck will face a ban.”

Craig Bright, landlord of the Black Horse, said the scheme meant people could be confident that they could “come in and enjoy themselves”.

“Pubs can stick together to stop people who want to spoil people having a good time.

“It really does work and I have even seen it change lives before. So many people have realised since it was introduced that if they behave in a normal manner then they can enjoy themselves as much as they like.”

If added to the list, the individual faces a 12-month ban. If they break that, they could have an additional six months added, plus a community protection order.

PC White said: “The Pub Watch scheme has been in place now for quite a while, and we have become very efficient in dealing with people out to cause trouble.

“If you are banned, you are banned. We won’t be putting up with any anti-social behaviour that would cause a problem to other people simply out to enjoy themselves, especially over Christmas.

“We hope that banning people like this will reduce problems in pubs in the Thornbury and Alveston areas, making them better places for people to socialise.”

Throughout the festive period, police will continue to liaise with pubs and other licensees to reduce the likelihood of other incidents occurring.

For more information on the Pub Watch scheme, visit nationalpubwatch.org.uk