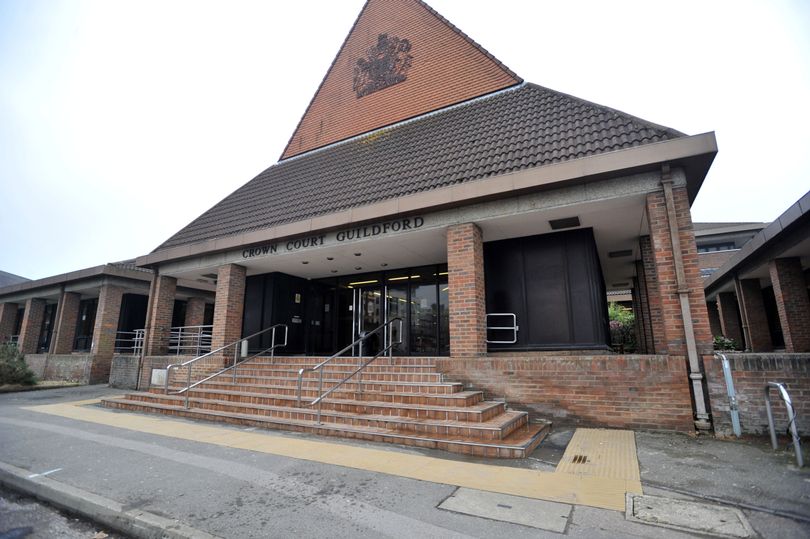 Two young men have been sent to prison after going on a rampage of thuggery in Dorking town centre which left three people injured.

Jay Mundy, 21, and Joseph Turner, 20, were charged with two counts of actual bodily harm and one count of common assault after a series of incidents in South Street on June 29 last year.

The court heard how in quick succession on the Sunday evening, Mundy and Turner assaulted their victims outside the Kings Arms pub, the Cricketers pub and the Chart Downs social club.

These two defendants went on a rampage, Mr Mundy had recently been on a pub watch scheme and because of this he was recognised by the bar manager of the Kings Arms Pub.

He phoned ahead to landlord at the Cricketers to say that Mr Turner and Mr Mundy were causing trouble and they continued to be unpleasant as they walked down the road.

Regular customer Colin Robson approached them after they threw a glass at the wall of a flat and a fight broke out between the defendants and flat occupants.

Turner swung for Mr Robson and Mr Mundy swung too and hit the back of his head and causing a large bruise.

The attack on Mr Robson forms the common assault charge and as the men moved towards the Cricketers witnesses described them both as hyper, as if they were on drugs, and being intent on a fight.

In the smoking area of the Cricketers pub another regular customer, Jamie King, approached Mundy and Turner and asked what their problem was.

Turner punched Mr King, knocking him to the floor, where Mundy kicked him repeatedly in the head caused a 2cm laceration the back of his skull.

The final victim required stitches after he was hit over the head with a bottle while he packed up his car.

Lee Harris said: There was a 50th birthday party being held at the Chart Downs social club and the DJ was outside with his car.

It seems an argument broke out between these two and someone else so Mr Hydes stepped in to stop the fight but for his trouble he also got assaulted.

One of them used a beer bottle and hit him on the head causing a serious laceration, then used fists to cause further cuts and bruising to his face.

Both defence councils asked the judge to consider a suspended sentence due to their clients change in character since the event last year, as both are now in steady employment.

Recorder Mark Milliken-Smith said due to the severity of their actions he would have to impose a custodial sentence.

Mr Milliken-Smith said: This was closing time on a Sunday and you carried out thuggery against a heavy background of drinking.

The behaviour of both of you was violent.

This was plainly a joint enterprise as you are responsible for conduct of the other and injuries caused.

This was violence against people who had been trying to stop it happening to others and use of the bottle and shod foot are aggravating features.

After pleading guilty at the earliest stage Turner received 10 months in prison, while Mundy received 15 months after changing his plea to guilty on May 13 when his trial was due to begin.