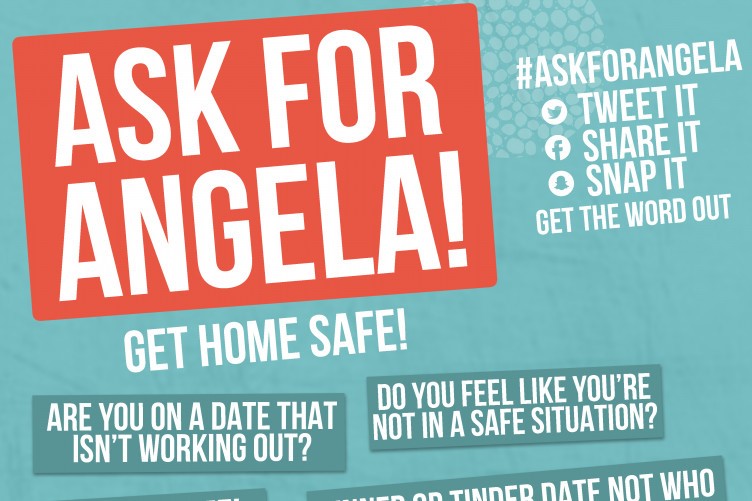 In 2017, the ‘Ask for Angela’ campaign provided a secret code for women to find help if they were feeling unsafe on a night out. The code fell out of practice in a few years, but with the pubs and clubs opening again, a relaunch has been set in motion in the UK.

Any woman feeling unsafe can walk up to a pub staff member and ask for ‘Angela.’ This code word signals to the employee that this person needs to be discreetly separated from a dangerous or uncomfortable situation. 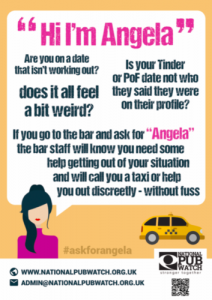 ‘Ask for Angela’ 2021 poster from the National Pub Watch.

The campaign fell out of practice after a few years, but after the death of Sarah Everard, there has been a push to increase public safety. Everard, 33, was found dead after being kidnapped while walking home on March 3, 2021.

The new ‘Ask for Angela’ campaign is gender-neutral and implemented heavily in university areas. Spreading the word is the first step. So, £1300 was allocated for the production of posters, business cards, and window stickers.

The new campaign rolled out on June 26, beginning in the City of London. In addition to increasing awareness, training for staff needs to be increased. Many new bartenders aren’t aware of the campaign after it fell out of practice. To try and combat this problem the National Pub Watch released a training video for employees.

As the new campaign is implemented, signs displaying ‘Ask for Angela’ should be prominently displayed in pub bathrooms across the UK to remind everyone that there is someone who can help.